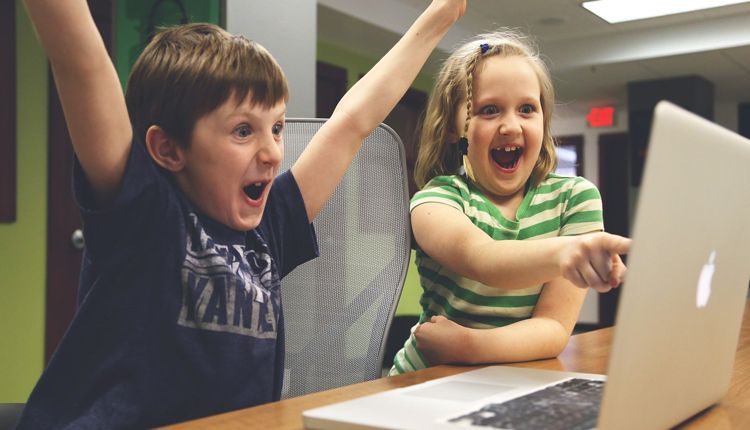 Do you think that playing games are the worst?  Maybe when you play a game, both of your parents and friends blame you for wasting valuable time. Many people think that playing games are nothing good but a waste of time. But now it is time to speak up and argue with them. Recently many research has shown that your gaming skills can be worthy of seeking a job. It also improves your problem-solving abilities and critical thinking abilities.

Ankita Datta Mou is a young game developer. She says, ‘Games are strategies. You learn how to control your emotions, your quick response, your problem and situation solving skill, etc. Today the jobs are skill-based. They want to try these skills. So that why these skills can enrich your CV.’

1. Deliver Us the Moon: Fortuna

Human beings are fond of discovering unknown secrets. If this secret is about Moon, how will it be?

Deliver Us the Moon will give you a chance to taste of living on the moon. It is a Sci-fi thriller game. When the earth will lose its beauty and natural resources, what will happen? Can you imagine?

In this troublesome mission, a mini-robot named ASE will be a companion of you. Together you will unfold the mysterious secrets and overflow more facilities. Either you will save your future generation or be destroyed forever.

“It is not about the strength of individuals. It is about strength in numbers.”

Have you heard this sound before? It says the power of unity. And it is closely related to our life and society.

Frostpunk is a survival game of society. Here, you are the ruler of the last existing city. You have to provide better services to your people. And it is also your responsibility to ensure their safety.

As you are the master of the country, you need to build well-developed infrastructure by using advanced technology. Making a plan and exploring new forestlands are also the key to the development of your city. This game will improve your leadership skills and management skills.

Indivisible is the most charming role-playing game of the year. The story is about an indivisible protagonist named Ajna. She is a stubborn girl from a remote village. Her father has taught her to be strong enough and except challenges.

Suppose, you are forced to deviate from the orbit of the world. And you want to come back to the earth. What do you do to return?

Valfaris is a 2D action game in the descent of heavy metal scoured. It is the story of a hero named Therion. He is a brave son of Valfaris. Therion is going to fight against the black evils in purpose to return to his homeland. Will he be able to come back in his galaxy?

Do you love to read Mythology? Will you want to play the role of God?

The Asgard’s Wrath game is full of deep thrill action games using advanced VR technology. Its story is about Norse Mythology. And here, you are going to play the role of the Asgardian God. You will design the costumes and styles of the war by using your IQ. Besides, you have the extreme power to transform any animals into your obedient soldier. They will help you to lead the operation to be smoother.

The Witcher 3’s storyline is Cinematic. The story says about a heroic adventure against lots of dark Demons. Geralt is a hero who is a hired monster hunter. He is an expert at disposing of different kinds of swords and weapons. He has to find out the missing children of prophecy and an ashen haired girl. And he needs to take control of a more prestigious weapon. This weapon is so expensive and valuable that everyone can sacrifice their lives to get it.

So, why you are waiting for, play the game and feel chilled!

Call of Duty is still a top-rated game above all. It is not just a game but a challenge of the democratic government. The government has to stop the civil war. This war has been longing for 20 years.

In this mission, Captain Price and SAS will lead a joint operation. CIA and ULF (Urzikstari Liberation Force) will operate the other side. This furious journey will start from Landon to the Middle East and then spread to other parts of the world.

The terrorist has already taken control of the chemical weapons. You need to regain it quickly. If you fail to get it, your people will have to pay a lot. Your action will be measured and proved how dedicated you are to keep peace in the earth.

8. The Legend of Heroes: Trails of Cold Steel III

Trails of Cold Steel III is a new one of the previous two series of The Legend of Heroes game. A newly established state named Erebonia is spending the spring season.

After a one and a half year of the civil war, the Empire of Erebonia is struggling to improve the lives of the number of people. One the other hand, the secret society named Ouroboros is going to conspire against the state. In this conspiracy, both Jaegers and the Republic of Calvard stay alongside the secret society.

During these turbulent times, Ashen Chevalier who is going to play a central role in the civil war. Thors Military Academy has recently selected him as an instructor of the state army.  Will he bring good news for the Erebonia State? Will he be able to protect the country with the help of the state Empire?

Every single point can be the cause of the awful Marder Case. To solve this deadly murder case, the steps you take will prove how intelligent you are.

Disco Elysium is both a single and multiple real role-playing games that you have ever played. Here, you are a detective investigator and disposal expert. Now, it’s time to be a hero or a madman or a prophet or also the greatest detective of all over the world.

No fighting, no conflict!

It is a love story. A love story is about a Syrian refugee named Nour and her husband, Majd. Nour is now leaving her motherland to Europe as a refugee. But her husband is staying in Syria. So, Majd is going to help her by giving some directions through a massaging app so that his wife can safely reach to the destination.

Though it is not a particular game like adventure or action, people love it.

Gaming can be your pastime that relaxes you. But be careful, don’t be obsessed with it. Caution!