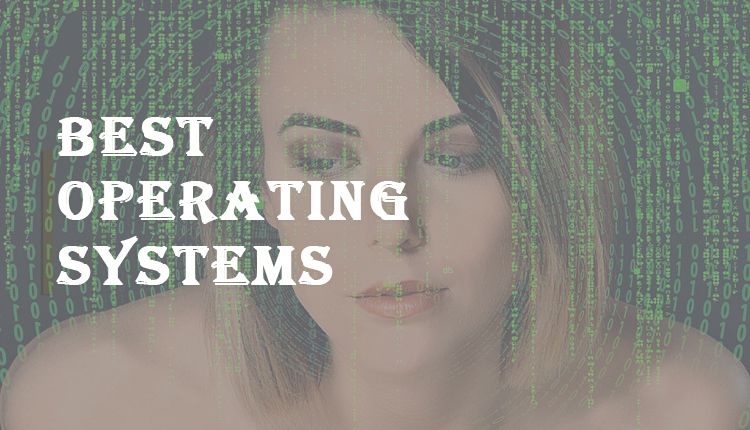 Operating System is software that enables a computer to manage hardware and software. It operates some basic functionality such as scheduling tasks, and controlling peripherals. It also manages input and output operation, memory allocation, and program execution, etc.

Though Microsoft Windows is dominating with a top market share (82.74%), there is also some other popular OS such as macOS (13.23%) and Linux (1.57%), etc. On the other hand, in the mobile sector, Google Android Share and iOS are also dominating and beating the global market of OS.

Not only this, there are dozens of more operating systems in the market. Here, we will discuss these with you today.

When we ask most of the people about the operating system, they are probably the first to talk about Windows. That is because of the sole and dominance of the Windows operating system. Macintosh was the first name of the Microsoft windows that emerged with the hands of Bill Gates and Paul Allen in 1981. Then through an amount of evolution, Microsoft Corporation released its latest version Windows 10 in the year 2014. Now, they are going to doing a series of upgrading of it.

Window 10 starts its branding through the line ‘Innovation has never looked so good.’ That means it brings all the latest features for you, your ideas, your work, and your vision. Almost 1 billion people use Windows 10 because of its more efficient, effective, and flexible capability. Its long battery life and the ability to stream will give you a happy journey.

macOS is the second widely used operating system all over the world. In 2001, Apple Inc. and its co-founder Steve Jobs developed and marketed this graphical OS. From 2001 to 2019, the company released a series of macOS version. The latest one is macOS Catalina is the first version of macOS that supports only 64-bit applications and Activation Lock.

macOS Catalina gives people powerful ways to do amazing things. Apple Inc. included enhanced voice control, and iTunes apps for music, video, and podcasts in it. So, people will be able to get a full refreshment and a happy life. Besides, the new smart feature named Sidecar enables you to extend your desktop’s screen that refers to one app while you work in another.

Linus Torvalds developed Linux OS on September 17, 1991. It’s an open-source operating system based on the Linux kernel. Linux Distribution and supporting system software work for managing hardware resources and providing some form of the user interface. Moreover, Linux is available for smartphones, home desktops, home appliances, and also for supercomputers. So, we can say, Linux is now everywhere.

If you ask, why will people use it? We have to say that Linux is the best operating system. Linux has its extreme power to fight against viruses, malware, slowdowns, crashes, costly repairs, and licensing fees. It is the most secure and reliable computer ecosystem on the planet.

You can buy and use Linux without paying a cent from your wallet. By using this open-source software, you can get the freedom to run a program and study how the program works.

Unix is a computer operating system that has a graphical user interface (GUI) similar to Microsoft Windows. Ken Thompson and Dennis Ritchie brought it up first in the 1970s with the help of the Bell Labs research center. It is for multiuser for doing multitasks.

In today’s diverse computing environments, Unix has a strong foundation of the OS family that drives scalability and business continuity. Command-line and graphic interface give this OS to another level of height.

The Platinum Members of Open Group are now issuing a standard license of the Operating system that improves portability, backward-compatibility of the operating system. It also protects the investment in existing systems, data, and applications. The most stable, portable, and cost-effective ADE of Unix supports a wide range of platforms such as mobile devices and mainframes.

It is the platform changing what mobile can do.

The android operating system is the first choice for smartphone and tablet users all over the world. It is a modified version based on Linux kernel and other open-source software. The developer from mostly Google and other Open Handset Alliance developed it and marketed it on September 23, 2008. Now, Android OS is the best-selling operating system worldwide since 2011.

The formal name of iOS is iPhone OS. iOS is an operating system for the iPhone developed by Apple Inc. The main attraction of iOS is its exclusive performance of the hardware and software.

The latest version of iOS has a multi-touch gesture-based on direct manipulation that provides you a great touch experience. The regular updates of the OS secure your iPhone’s protection and give you even faster and more delightful to use.

Ubuntu is the leading operating system for PCs, IoT devices, and robotics platforms. Canonical Ltd. developed it 15th years ago and named it from the African philosophy of Ubuntu. They translate it as humanity to others, or I am what I am because of who we all are.

The new version of the OS is Ubuntu 19.10 that includes enhanced K8s capabilities for edge and AI/ML, OpenStack Train live-migration extensions for easier infrastructure deployments, and more.

Andrew Stuart Tanenbaum, a Dutch scientist and professor emeritus of computer science, developed a Unix-like operating system named MINIX (Mini-Unix) in 1987. Though he created it first for education purposes, it is now an open-source, highly reliable, and self-healing microkernel OS.

MINIX 3 is the latest version of MINIX OS Family. This version can detect and repair its faults on the fly without user intervention. IA-32 and ARM architecture processors supported MINIX 3 can run on emulators or virtual machines, such as Bochs, VMware Workstation, Microsoft Virtual PC, Oracle Virtual Box, and QEMU.

AmigaOS is a native operating system of the Amiga and AmigaOne personal computers based on a preemptive multitasking kernel called Exec. To develop this OS, Commodore International worked first to launch of the first Amiga, the Amiga 1000, in 1985. Then Haage& Partner and Hyperion Entertainment joined with the company and came out with the latest version of the AmigaOS.

The latest version of the OS is coming soon with the name of AmigaOS 4.1 that gives a better user experience. It will provide several features such as integrated online updating, own desktop environment called Workbench (including Themes, TrueType Fonts, Anti-aliasing, and TrueColor Icons), and intelligent memory paging, etc.

The China mobile brand, Huawei, developed its mobile operating system and launched it on 9 August 2019. When the United States government finally subjected to export restrictions upon Huawei, then Huawei executive named Richard Yu made ‘plan B’  to build Harmony OS.

Many people thought that it is time for Huawei to go out of the smartphone market without Google Service. But in the end, Harmony OS is now existing and dominating the competitive market of OS.

Canadian company BlackBerry Ltd. developed a proprietary mobile operating system for its BlackBerry series of smartphones on January 19, 1999. Blackberry OS supports various input devices such as trackwheel, trackball, and most recently, the trackpad, and the touchscreen.

The updated versions of the operating system have introduced a new feature of OTASL service (over the air software loading (OTASL) that will be automatically available from wireless carriers. The recently released BlackBerry OS 10 is allowing the user to communicate on real-time instant messaging service too. Its multitasking capabilities would be a new taste for BlackBerry lovers.

Solaris operating system is exclusive for its SPARC system of scalability and also has more innovative features such as DTrace, ZFS, and Time Slider. It is a non-free Unix operating system developed by Sun Microsystem in associated with Oracle.

Solaris has Monolithic kernel with a dynamically loadable module that runs on SPARC, x86-64, IA-32, and PowerPC platforms. The proprietary development model of the OS is available for download from Oracle.

Solaris 11.4 is the latest version of the Solaris family. It has some new features such as ZFS Top-Level Device Removal, integrated diagnosis application, cloud-scale, in-depth security, and modern infrastructure.

So these are the list of 12 best-operating systems that can help you to choose one of your favorite OS.